You are here: Home / Slip, Trip and Fall / Walgreens Slip and Fall Injury Claims in Florida 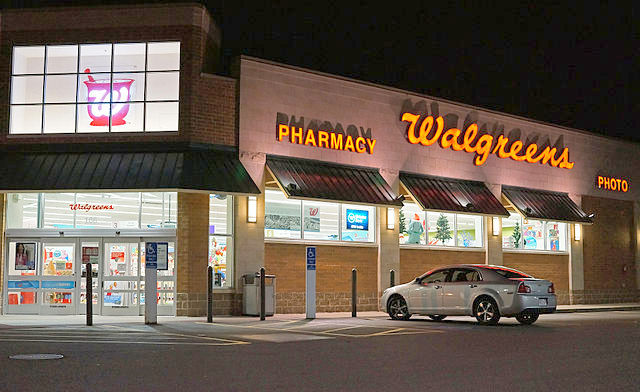 A Florida Walgreens store’s negligence caused you to slip or trip and fall.  If so, you may be entitled to recover your damages.

Let’s take a look at look at a past Florida Walgreens slip and fall case as it will give you the major pointers.

On October 15, 2013, Munoz-Guzman filed a lawsuit in state court in Volusia County, Florida against Walgreen, Co. claiming negligence based on a slip and fall accident that occurred on Walgreen’s property on August 13, 2012.

This is not my case.  However, I have handled many slip and fall cases against Florida stores.

Since Walgreen’s is incorporated outside of Florida, it chose to remove the case to United States District Court, M.D. Florida, Orlando Division.  That is federal court.

Tip: Some stores, such as Walgreens, like defending cases in federal court instead of state court.  They do this because some federal judges may be more likely to grant dismissal in a slip and fall case.

Cases move faster in federal court, there is less time for discovery, and the deadlines are stricter.

One of Walgreens’ defenses in the case was that the damages sustained by the woman resulted from the negligence of a third party and Walgreens is entitled to have all damages apportioned amongst any and all persons or entities responsible pursuant to Florida Statute § 768.81.

Walgreens said that at the time of the incident:

In this case, Walgreens placed blame on the customer who caused the liquid to get on the floor.

Before the case was removed to federal court, the injured customer argued that Walgreen’s should be required to amend the affirmative Defense because it fails to specifically identify the customer Defendant asserts is responsible for Plaintiff’s injuries. Walgreens cited the Nash v. Wells Fargo Services, Inc., 678 So. 2d 1262 (Fla. 1996)).

Nash involved a judgment awarding damages based on the negligence of Wells Fargo Guard Services, Incorporated (Wells Fargo) in its undertaking to provide security services on the premises of a parking garage.

Back to the Walgreens case…

Walgreens argued that its defense complies with § 768.81(3)(a), Florida Statutes, because the identity of the customer at issue is not known, and Walgreens has a video of the incident and the customer, which it has provided to the injured lady.

The judge allowed Walgreens to argue that an unidentified white man spilled the liquid on the floor before the fall so long as Walgreen’s describes the other customer as specifically as possible.

Tip: It is not common for a store to place blame on another customer for spilling liquid on the floor before the claimant’s fall.

In this case, assume that a jury awards this lady $50,000.  If a jury finds that the unidentified customer was 50% at fault for spilling the liquid, then the verdict will be cut in half.  The injured woman would get $25,000.

You must show that a Florida Walgreens store had notice

In a Florida slip and fall case, you must show that Walgreens had notice of the foreign substance on the floor.  Otherwise, you lose your case.

She can claim that had Walgreens been reasonably inspecting its floors, they would have seen the liquid before her fall.

In a Florida slip and fall claim against Walgreens, you can show constructive notice by circumstantial evidence.

The jury verdict is also reduced by the injured person’s comparative fault, if any.

Walgreens gave the woman’s lawyer video of the incident and the customer.

Fact: In Florida, do not expect Walgreens to give you surveillance video of the fall until after you sue them.  They are not required to.

Even if you sue them, expect them to argue that they do not have to give you the video until after your deposition (sworn verbal statement).  A judge may require that they show you the video before you deposition.  In Florida, the judge has discretion.

Will Walgreens send you to a doctor and/or pay your medical bills before settlement?

In a slip and fall case, no.  Do not hold your breath thinking that Walgreens will send you to a doctor and pay for your medical treatment.  Under Florida law, they do not have to.

If your case settles, Walgreens will send you one settlement check and release of claims that covers your damages.  Damages may include:

Walgreens has a large self insured retention (SIR) in its commercial general liability (CGL) insurance policy.

How many Florida stores does Walgreens have?

Does Walgreens have enough money to pay any slip and fall claim?

Yes. Walgreens is worth almost $105 Billion dollars.  They can easily pay any slip and fall claim, even one with catastrophic injuries.

Where can I find slip and fall articles on Walgreens competitors in Florida?