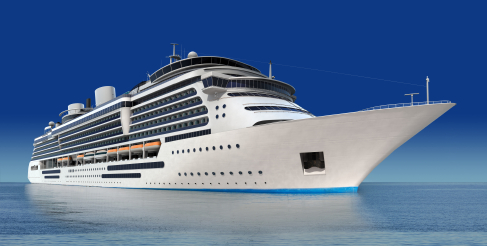 We are a Miami law firm that wants to represent you if a cruise line’s carelessness caused your injury.  Many cruise lines require that you sue them in Federal Court in Miami, Florida.

This is often true regardless of where the ship sailed from.  The time limit to sue a cruise line is much shorter than in a typical Florida injury claim.

We have handled cases against many of the cruise lines listed below.

We have sued Carnival.  We have also written extensively about Carnival slip and fall accident claims.

You must sue in United States District Court for the Southern District of Florida in Miami, Florida.

We’ve dealt with Royal Caribbean.  Royal Caribbean’s Cruise/Cruisetour Ticket Contract for all ships (except Brilliance of the Seas) requires that the lawsuit must be brought in United States District Court for the Southern District of Florida in Miami, Florida.

Norwegian has the following cruise ships:

Norwegian Cruise Line’s Guest Ticket Contract requires that in order for a passenger to bring a claim for emotional or physical injury, illness or death claims:

The lawsuit must be brought in United States District Court for the Southern District of Florida in Miami, Florida.

We have dealt with Celebrity Cruise Lines.  If a passenger wants to make a personal injury claim against Celebrity, the Cruise/Cruisetour Ticket Contract requires that:

you sue in the United States District Court for the Southern District of Florida in Miami, Florida.

MSC’s passenger contract says that for cruises that include a port in U.S.A., all claims shall be brought in, U.S. District Court for the Southern District of Florida.  All lawsuits shall be tried by a Judge without a Jury.

Any lawsuit shall be filed in the venue of Ft. Lauderdale, Broward County, Florida.  It is my understanding that the only MSC ships that include a USA port are the:

Disney must be sued in any court in Brevard County, Florida, or Federal Court in Orlando, Florida.

Costa  is owned by Carnival Cruise Lines.  However, the Cruise Ticket Contract is different.

Voyages that Depart from, Return to, or Visit a U.S. Port –

(a) Claims for Injury, Illness or Death against Costa Cruises

All personal injury claims arising out of, concerned with or incident to any voyage that departs from, returns to, or visits a U.S. port and involving physical or emotional injury, illness or death in which the amount in controversy does not exceed seventy five thousand U.S. dollars (US$75,000) shall be instituted only in the courts of Broward County, Florida.

All such claims involving physical or emotional injury, illness or death in which the amount in controversy exceeds seventy five thousand U.S. dollars (US$75,000) shall be filed only in the United States District Court for the Southern District of Florida located in Broward County, Florida.

However, you must sue Costa for personal injury in Broward County, Florida.

If a passenger wants to make a personal injury claim against Oceania Cruises, the United States guest ticket contract requires that:

The lawsuit must be brought in United States District Court for the Southern District of Florida in Miami, Florida.  This is federal court.  Norwegian Cruise Line Holdings Ltd. is the parent company for Oceania.

The Bahamas Paradise Cruise Line passenger cruise ticket contract says that all such claims involving physical or emotional injury, illness or death shall be filed only in the United States District Court for the Southern District of Florida located in Broward County, Florida.

If you were injured on a cruise ship that requires a lawsuit to be brought in Miami or anywhere in Florida, then you need an experienced attorney who understands the law and intricacies of filing cruise chip accident claims.

In determining whether you have a claim and where to file a claim or lawsuit, we can investigate your accident, collect the facts and witness testimony, and gather other information by asking important questions, such as:

Check out some of the many Florida injury cases that we have settled, including but not limited to cruise ships accidents and much more.