Thus, Doug had a personal injury case against the driver.  Since, he was walking in a crosswalk, the full value of his case wasn’t reduced for his fault.

If he wouldn’t have been in a crosswalk when the car hit him, the settlement would’ve been smaller.

Getting hit while not walking in a crosswalk is one of many factors that can reduce the value of an injury case. 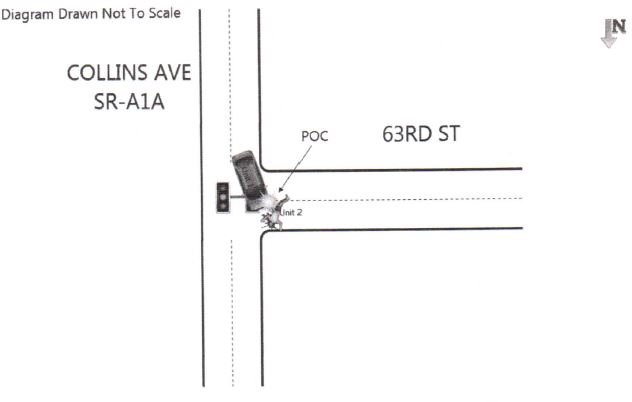 Paramedics came to the scene.  At the scene, the pedestrian complained of leg pain and other injuries. 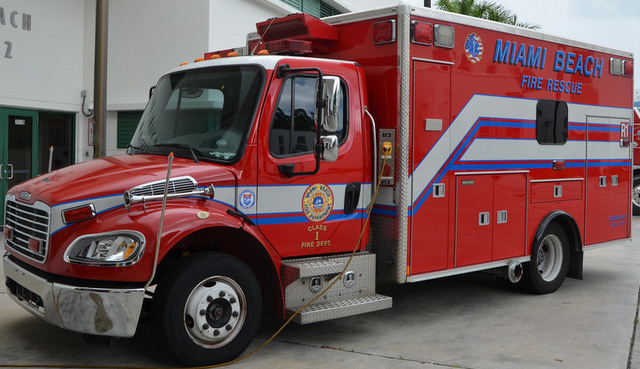 Paramedics transported him to the hospital in an ambulance.

At the hospital, a doctor diagnosed Doug with a broken lower leg bone (fibula fracture).  Below is an image of the fibula. 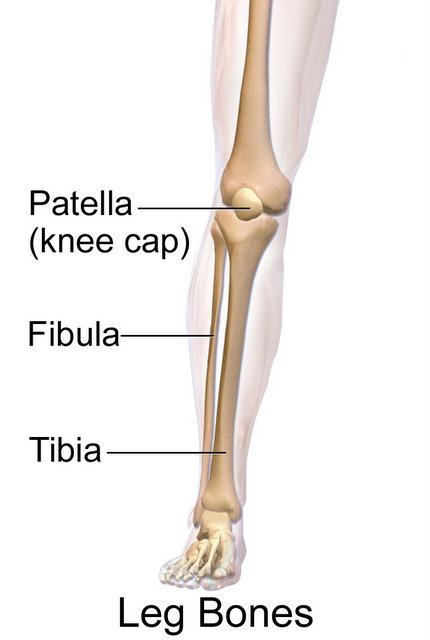 He had a non-displaced transverse fracture of the fibula shaft.  In a non–displaced fracture, the bone cracks either part or all of the way through, but does move and maintains its proper alignment.

A transverse fracture is when the fracture line is perpendicular to the shaft (long part) of the bone.

A photo of his injured leg is at the top of this article.  He didn’t have surgery.

The pedestrian found my law firm after seeing our online ratings and looking out our website/blog.   He hired me as his lawyer to represent him in his personal injury claim against GEICO.

Before hiring me, he gave a recorded statement to GEICO.  He didn’t have an obligation to do this. It has usually has no benefit.

Pursuant to Florida Statute 627.4137, I sent GEICO a letter asking for the driver’s insurance information.  I also asked GEICO for a copy of his recorded statement.

GEICO responded in writing stating that the driver had a $300,000 bodily injury liability (BIL) policy.  They gave me a copy of his recorded audio statement.

GEICO accepted liability for the accident. Thus, our negotiation centered around the extent of the pedestrian’s leg (fibula) fracture.

This is because he was a car hit him while he was a pedestrian visiting from another state.

Doug owned a car in California.  He had Medpay benefits (with Farmers Insurance) on that car.  Since a car hit Doug while he was a pedestrian, Farmers paid the medical bills.  Farmers paid the bills at 100% of the billed charge.

Doug had Medicare.  He also had a Medicare plan with AARP (United Healthcare).

Thus, Medicare, AARP (United Healthcare), and Farmers paid the bulk of his medical bills.  As a result, he legally had to pay them back from the settlement for any bills that they paid.  Their payments entitled them to a lien.

With the lien reductions, the total out of pocket medical bills and liens were about $8,000.

Several times during the negotiation, she told me that she “didn’t have much more money” to offer, or that she was approaching her limit. That being said, I am not singling her out.

It is common for claims adjusters to say that they are making their “final offer”.  Yet, they often have more money that they can offer.

I want to tell you about another case really quickly.  Then, we’ll get back to this case.

I settled a different car accident case with GEICO for $100,000.  In that case, GEICO’S initial adjuster, Lawrence “Larry” Frederick, increased his opening offer to $10,000.  He eventually said it was his “final offer”.

Shortly thereafter, through pre-suit mediation with another GEICO adjuster, we settled that motorcycle accident case for $100,000.

One of the 5 huge mistakes that injury victims make is to always believe what the adjuster tells you your case is worth.

Ok. Let’s get back to the $65,000 settlement case which is the subject of this article.

Through negotiation, GEICO continued to increase its offers.

Right before we settled, GEICO adjuster Tiffany Hall was promoted to GEICO claims manager.  Thus, she now oversees other GEICO BIL adjusters.  She was consistently friendly.  GEICO is lucky to have her.

When she got promoted, the claim was assigned to GEICO adjuster Diego Meza Huerto.  He is also a friendly adjuster.

Through much negotiation, we settled with GEICO for $65,000.  They ended up paying 4.4 times their first offer!

88% of the settlement was for pain and suffering.

Did I Use a Settlement Calculator to Determine How Much This Case Was Worth?

Thus, I could call my calculator a “GEICO settlement calculator” for this case.

If the driver had a better car insurance company, they would’ve likely paid more.  For example, I think the settlement would’ve been bigger if the driver had USAA, Nationwide, Lyft (Zurich American Insurance Company) and some others.

Did GEICO Use a Settlement Calculator to Make Their Offers?

I don’t know.  GEICO didn’t tell me that it used a settlement software program like Colossus.  (Allstate is one insurer that has used and may still use Colossus.)

Were You Injured in an Accident in Florida?