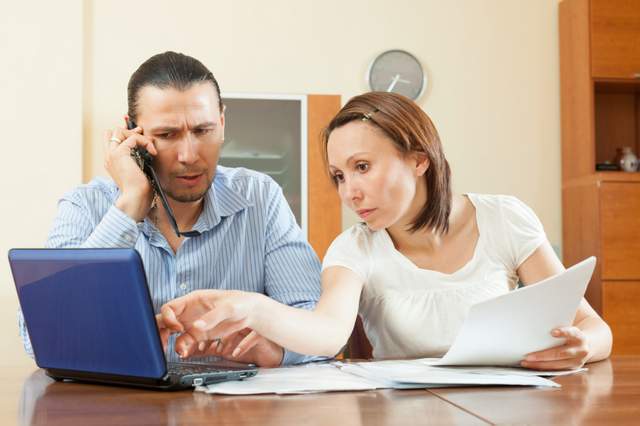 Almost everyone wants to know how much their personal injury case is worth.Some people look on the internet to see if there is a program that can calculate the settlement value of their case.  There are several injury claim settlement calculators on the internet.  There is only one  of which I know.

The problem is that all of these calculators, including my Florida injury and car accident settlement calculator, have major flaws.  The best injury claim calculator would be Colossus, but even that program has major flaws and is only available to the insurance industry.

Here are some of the biggest reasons why you should not use an online injury settlement calculator.

Even the most popular settlement calculator that I have seen online does not take the defendant’s negligence into consideration when giving you a settlement value estimate.

In some cases, such as some rear end accidents, you may have a good idea who is at fault but you still may not be sure.

So while a settlement calculator may be able to add all of the damages that you know about, it does not know how to determine whether the defendant was negligent and how that negligence affects the value of your case.

Example # 1a. Why Online Calculator Does Not Work if No Negligence

A car runs a stop sign and strikes you head on.  The driver of the other car received a ticket for failure to yield the right of way.  Your medical bills are around $30,000.  The calculator says that you should use a pain and suffering multiplier of between 1.5 and 5.

1b. Fails to factor in Comparative Fault (Your Fault)

Let’s take example #1 above except this time for argument sake we will assume that the other driver was negligent.  The best online calculator that I have seen tells you (on a separate page) to adjust your settlement value for your own fault, but it does not tell you how to calculate your comparative negligence (your fault).  The calculator does not ask you to enter your percentage of fault and therefore does not take it into account.

My Florida injury settlement calculator factors the injured person’s fault when arriving at the fair settlement value.  My 11+ years of representing accident victims has given me a solid understanding of how to estimate comparative fault.

In many cases, the driver who hit my client received a ticket, yet when calculating the settlement I placed a certain percentage of fault on my client and reduced the case value accordingly.  The flip side is also true.  I settled a case for $110,000 after a driver hit and injured my client, a pedestrian, even though my client received the ticket.

All settlements on this site are before deduction for attorney’s fees and expenses. Most cases result in a lower recovery. It should not be assumed that your case will have as beneficial a result.

If the jury does not believe that your injuries were caused by the accident, then you get nothing.  Let’s assume the total damages of your case are $150,000.  If there is a 50% chance that a jury believes that the defense doctor is correct when he states that your injuries were not caused by the accident, then the estimated value of your claim should be reduced by 50%.

So you would get $75,000.  But a settlement calculator does not account for causation so there is a huge margin of error.

3.   Online Calculators Use Total Medical Billed Charges and Not Out of Pocket Expenses and/or Liens.

I represented a client who was working at the time of his accident. His employer paid about $20,000 for his medical bills, but the total charges of his medical bills may have been billed at two times the amount that was paid.  So let’s say that the full billed charges are $40,000.

4. Using a Multiplier Can Give You An Incorrect Result.

It may be incorrect to use a multiplier (of the medical bills) to arrive at the value of the pain and suffering damages in a Florida case. Using a multiplier can often give you the wrong full settlement value.

That being said, I know a seasoned Miami injury lawyer who told me that he still believes that claims adjusters calculate the settlement value of a case by multiplying the out of pocket medical bills (and liens) by three (3) and then reducing that number by the claimant’s percentage of fault.

While this approach may hold true some of the time, this is not how I calculate the settlement value of a case and I strongly suggest that you stay away from using a multiplier to calculate case value.

Example of how multiplier can be totally wrong

I represented a man who tripped in a hole in the grass at an office condo building and was diagnosed with an ankle tear. He had surgery a few months after to repair his ligament.

So the total medical bills that Tricare paid were $7,000.  Tricare was entitled to recover the $7,000 it paid from my client’s settlement if, and when, the case settled.

I am not going to talk about future medical bills and loss of future earning capacity here.

Then we multiply which gives us…

Then we add the numbers which gives us…

The problem is that this settlement value estimate is incorrect because it is about twice as much as the customary settlement value used by attorneys and adjusters in similar Miami-Dade county (or anywhere in Florida for that matter) personal injury case.

I settled the case for $64,900. How did I come up with this number. I look at past Florida jury verdicts to arrive at a settlement value that I use only as a starting point for the pain and suffering component of the particular injury involved, which in this case was an ankle tear which required surgery.

For settlement purposes and as a starting point only in a Florida case, I estimate the full value of the pain and suffering component on surgery to repair an ankle tear between $25,000 and $50,000 in a typical case. I then added my client’s Tricare lien which was $7,000 to this amount.  So the full value that I arrived at was between $32,000 and $57,000.

We settled for was about $8,000 higher than my estimate of the full value of the case.  But had I relied on the online settlement calculator, I would have not made a demand below $117,500, and most likely the adjuster would have never made an offer even close to $64,900, because adjusters often require you to significantly reduce your demand in order for them to increase their offer.

Since our demand and the adjuster’s offer we would have been at a minimum, $53,000 apart, and the case would not have settled.  I would have thought the adjuster was short-changing me.

Again, I was being very generous by using the lowest multiplier that I found online, which is 1.5.  If I would have used the number 2 or 3 as the multiplier, the online calculators have an even larger margin an error for this case as the overestimate the case value.

How do you know what multiplier to use?

Even if you could use a multiplier, how do you know what number between 1.5 and 5 to use?  Yes, some websites explain how to choose a proper a multiplier, but it is extremely difficult to choose the “correct” multiplier.  Let’s say that your medical bills were $10,000 and you choose a multiplier of 1.5.

5. In Florida, you may get no Pain and Suffering money without a Threshold Injury

In Florida, in order to recover non-economic damages (e.g. pain, suffering, etc.) in some, but not all, types of auto accidents you need to be able to prove that you have exceeded the tort threshold.  In most Florida auto accident cases a threshold injury consists of a permanent injury within a reasonable degree of medical probability.

In certain cases, such as some car accident cases in Florida, if you do not have a permanent injury that you are not entitled to get money for pain and suffering.

But these settlement calculators are blind to this, and they do not even ask you if your injury is permanent.  So you may enter $20,000 as the amount of your medical bills and be excited to find out that it tells you that your pain and suffering is $40,000.

If you do not have a threshold injury, then in Florida you may get nothing for your pain and suffering in certain types of accidents.  So in this circumstance the settlement calculator would be off by $40,000.

My Florida injury and car accident settlement calculator assigns a pain and suffering value based on the injury.  The calculator does not assign a pain and suffering value for the following injuries: herniated discs, bulging discs, neck pain or back pain. This is because juries often, but not always, do not believe that those are permanent injuries.  This is true even if the injured person’s treating doctor says that the injury is permanent.

Editor’s Note: This post was originally published in July 2014 and has been completely revamped and updated.