If your knee is severely damaged by arthritis or injury from an accident, it may be hard for you to do simple activities, like climbing stairs or walking.

This article assumes that someone else’s negligence caused your knee injury.

If your knee has bad arthritis or an injury from an accident, these increase the full value of your personal injury case for settlement purposes.

This is because severe arthritis or injury increases the pain and suffering component of your claim.

Pain When Lying Down or Sitting Increases Full Value

Sometimes you’ll start to have pain when you’re lying down or sitting.  If this occurs, tell the doctor.  He or she will put it in his notes.

If the medical records show that you are having pain when doing everyday activities like sitting or lying down, this increases the full value of your case.

If nonsurgical treatments such as walking supports and medications aren’t working, you may want to have a total knee replacement surgery.

Joint replacement surgery is a safe and effective procedure to lessen pain, fix leg deformity, and get you back to doing regular activities.

However, if your joint replacement surgery has complications, it increases the full value of the case.  This is because your medical bills are higher, and you have more pain and suffering associated with the complications.

Cruise Passenger Gets $2.9 Million for 6 Surgeries and Future Total Knee Replacement from Fall This isn’t my case.  A cruise passenger was awarded $2,936,368 from her slip and fall on a slippery deck on the Carnival Pride ship.

She had 6 surgeries on her knee.  The judge said that she will require a total knee replacement in approximately five years.

She will need a refurbishment of that knee replacement within fifteen years thereof.

Motorcyclist Gets $445,000; 1 Doctor Says Needs Knee Replacement, Other Says No 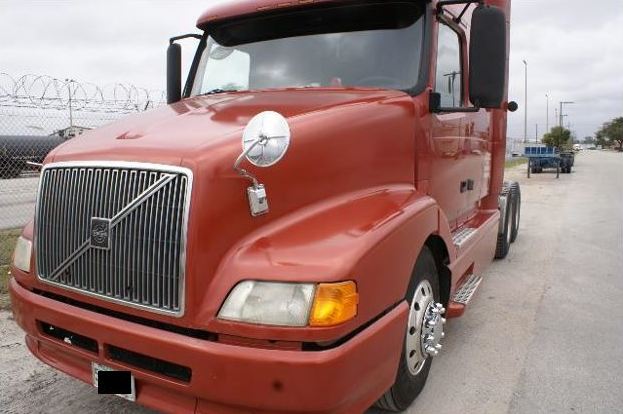 A motorcyclist was hit by an 18 wheeler truck.  An orthopedic surgeon performed surgery on the motorcyclist’s tibial plateau fracture while he was inpatient at the hospital.

He then went to a couple of follow up visits to the orthopedic doctor’s office.

I called the doctor’s office.  The office manager told me that my client’s injuries were not permanent. My client chose to switch his orthopedic surgeon to Jorge Cabrera, MD.

Doctor Cabrera is one of the many orthopedic doctors in Florida – that is listed on this map – who will treat people who are injured in accidents.

I spoke with Dr. Cabrera.  I then sent him a questionnaire that had my questions and his answers.

Dr. Cabrera said that he will need a knee replacement within the next 20 years, and was more likely than not to need a total knee revision surgery.

Another Orthopedic Doctor Says Victim Has a Small, If any, Impairment

I then consulted with an independent orthopedic surgeon that I personally know, free of charge.

He said “I would anticipate him to have a good result with minimal limitation in activities and only a small, if any, permanent impairment. There may be further improvement in months to come.”

As you can see, some doctors can have a totally different opinion about the severity of someone’s injuries (e.g. permanent impairment) and the need for future medical treatment. This isn’t my case.  See why a driver in a crash won $246,670 for medical bills, lost wages and pain and suffering for a tibial plateau fracture and future knee replacement.

This isn’t my case.  A Miami-Dade County jury awarded $350,000 lady whose slip and fall on a puddle of water at Dolphin Mall caused her tibial plateau fracture.

She was 64 on the date of this accident.  She had surgery (ORIF) on her tibial plateau fracture.

Her orthopedic surgeon testified that she sustained a 15% permanent impairment of the leg, or 6% of the whole body as a result of the fracture. She complained of continuing knee pain and limitation of motion.

Her orthopedic surgeon opined that future surgery to remove the orthopedic hardware will be required and that she will need a future knee replacement.

The mall hired an orthopedic surgeon who agreed that she had a 15% permanent impairment rating of her leg as a result of the tibial plateau fracture.  However, he said that she would not need a future surgery.

Shopper Wins $294,800 for Tibia Plateau from Slip and Fall at Walmart

This isn’t my case.  A female shopper in her seventies slipped and fell in Walmart on 2 different days.

On her 2nd fall, she fractured her tibial plateau and had ORIF surgery.  Six months later, she had a knee replacement.

He Was Airlifted to Jackson Memorial Hospital

The man was airlifted to Jackson Memorial Hospital (due to drop in blood pressure).

There, doctors performed a debridement of the leg and placed it in a brace.  The knee cut was one inch long.

His doctors said that he would require a total knee replacement.  The defense didn’t argue this.  He said that he couldn’t handle the pain and will get surgery.