If a car hits (and injures) you while you’re on a motorcycle, does uninsured motorist insurance cover you?

You may want to know the answer because so many drivers of cars are uninsured or underinsured. In fact, that is one of the top 3 reasons why you may lose motorcycle injury claim.

Uninsured motorist (UM) coverage may provide compensation to you if you’re injured while on a motorcycle. In order for UM to pay you, someone other than you must be at fault for the accident.

If you have uninsured motorist coverage on a motorcycle, and you meet the above criteria, then you are entitled to compensation.

Let me give you an example:

But there is a big problem. Very few motorcycles in Florida are insured. And of the very few that are insured, many do not have uninsured motorist coverage.

Which brings us to an interesting question:

Are you entitled to UM coverage even if it was not specifically purchased for the motorcycle?

The answer may surprise you. Florida motorcycle insurance laws are complex. That said, the ownership of the motorcycle may be a deciding factor in whether you get UM coverage.

Now, we are going to look at a few different scenarios to see when you get UM coverage.

If you – or other “insureds” – do NOT own the motorcycle you were occupying at the time of the crash, you would be covered under any Florida UM policy to which you are an insured.

This is true regardless of whether the UM coverage on the auto is stacking or non-stacking. (I’m talking about personal auto policies, not commercial policies.)

Example #1 – You (or other “insureds”) don’t own the motorcycle – UM always applies.

Jose does not live with Mike. Brian is driving his own car and on his way to movies.  Jose and Brian crash.

Jose injures his shoulder.  Let’s assume that Brian does not have bodily injury (“BI”) liability insurance on his car.

Brian is therefore considered uninsured.  Now we look to see if there is UM coverage available for Jose.

If Jose is an insured under an auto insurance policy that provides UM coverage, Jose can make a claim under the UM coverage.

If You Own the Motorcycle that Was Involved in the Crash, UM Coverage may apply

Perhaps the motorcycle rider owns the motorcycle that he is riding.  If so, he may still qualify for uninsured motorist coverage under an auto insurance policy in Florida.

It would depend on whether or not the available UM policy is stacking.  You can find out whether you had stacking coverage by looking at your declarations page in your insurance policy. You can also write to any car insurance companies that may have provided UM coverage.

Stacking UM coverage on an auto that you own will cover your injuries that occur on any motorcycle. This is true even if you own the motorcycle. Just as in example #1, you still need to prove that a driver’s negligence caused your injury.

However, there are some commercial (business) policies where UM only applies when you are occupying the insured vehicle. There are also some out of state policies like that as well.

Stacking uninsured motorist coverage applies no matter where you are when you are hit.

In fact, stacking UM coverage would cover you if an uninsured car hit you while you were in a submarine!

(Of course, the image below is a dramatization. It’s not an actual event.)

Example #2 – Jose is Riding a Motorcycle That He Owns, His Stacking Auto Insurance Will Cover Him

The crash causes Jose to injure his shoulder.  Assume that Brian does not have bodily injury liability (BIL) insurance on his car.

Brian is therefore considered uninsured.  Now we look to see if there is UM coverage available for Jose.

If Jose owned a car that had stacking UM coverage on it at the time of the accident, then Jose can make a claim for compensation under this UM coverage.  Jose can do this under any stacking UM policy that applies to Jose.

For example, if Jose owned a Honda Accord with a $10,000 in stacking UM coverage, that $10,000 will cover Jose for his damages. Again, this is true even though Jose is driving a motorcycle without uninsured motorist coverage.

Example #3 (If you’re riding a motorcycle you own, your stacking UM auto coverage on 2 cars covers you)

Let’s assume that you owned 2 (or more) cars each with $10,000 stacking Florida uninsured motorist coverage.

Again, we’ll assume that you are driving a motorcycle without UM coverage. Maybe your agent had you sign a UM rejection form for the motorcycle policy. Or maybe you never insured the motorcycle at all. For purposes of this example, the answer is the same either way.

Like the other example above, we’ll assume that Brian is at fault for the wreck. Here, you can combine your his stacking uninsured motorist coverage from your two cars. This means that you have up to $20,000 in UM coverage.

Of course, you will need injuries that are worth $20,000 in order to get the UM insurer to pay the policy limits.

Florida Statute 627.727(9) doesn’t mention motorcycles but it applies in some situations, such as where you are on a motorcycle owned by an insured and not covered by the auto insurance policy.

Section (9) describes the requirement for the lesser type policy that we call (incorrectly) a non-stacking policy. I say “incorrectly” because the statute affects more than stacking, and because even a (9) policy stacks in certain situations.

The difference is that with NON-STACKING (a section (9) policy), the motorcyclist would not be covered if he (or any other insured) owns the motorcycle (or has it given to them for their regular usage and does not come within some narrow exceptions, such as newly acquired vehicle, temporary substitute vehicle, etc.).

As I mentioned in #1 above, Non-stacking coverage (Section (9) policy) would give the motorcyclist coverage if he or other insureds do not own the motorcycle.

Jose is driving his motorcycle that he owns.  Brian is driving his own car while on his way to watch a movie.  Brian crashes into Jose.  Jose injures his shoulder.

Assume that Brian doesn’t have BI liability insurance on his car.

Brian is therefore considered uninsured, and now we look to see if there is non-stacking UM coverage available for Jose.

If Jose owned a car, that had UM coverage on it at the time of the accident, then Jose cannot make a claim for his damages under this non-stacking UM coverage under ANY UM policy that applies to Jose.

The narrow exceptions would be if the motorcycle was a newly acquired vehicle, or temporary substitute vehicle, where Non-stacking would cover Jose even if he owns the motorcycle.

Do You Need to Make a UM Insurance Claim if an Uber Hits You While You’re On a Motorcycle?

It depends on if the Uber driver was engaged in a ride.  (Here, when I say Uber, I’m also referring to Lyft).

If an Uber has an accident with a motorcycle while the Uber is engaged in a ride, the motorcyclist likely won’t need to make an uninsured motorist insurance claim.  This is because the Uber driver will have up to $1 million dollars of BI liability insurance.  Florida Statute 627.748(7)(c)1.a .

Most motorcycle accident cases are worth under $1 million dollars.  This is true in many cases even if you have a serious injury.  Serious injuries include a leg fracture that requires surgery, a tibial plateau fracture, a shoulder injury.  There are many other bad injuries.

What happens if the Uber of Lyft wasn’t engaged in a ride?

What is the best part of Lyft or Uber accident cases?

As long as the Uber or Lyft driver has the app on, there is at least $50,000 of coverage.  If the motorcycle rider has bad injuries, the Lyft accident settlement may not be enough to pay fair value.

Hence, the motorcycle rider may need to make an uninsured motorist insurance claim to get fair value.

However, someone was killed in an accident and was survived by a spouse or minor child, the family members may need to make a UM claim.  This is because the Uber driver’s $1 million dollar insurance limits may not be enough to cover the fair value of the minor child or spouse’s mental pain and suffering claim.

How long do you have to sue for UM benefits from a Florida motorcycle crash?

What Other Coverage Pays for Your Injuries If You’re Hurt While on a Motorcycle?

If a motorcyclist has other first party coverage, then it may provide benefits to him as well.  Examples of first party insurance are health insurance, Medicare, Medicaid, Tricare, Long or short term disability insurance, workers’ compensation and more.

Which Injuries Does Uninsured Motorist Insurance Pay the Most For? 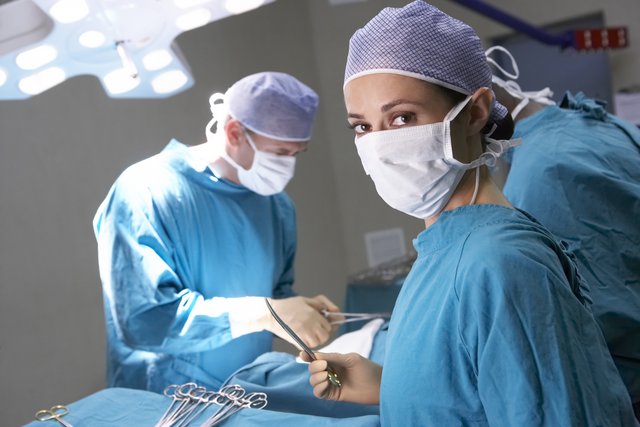 Particular injuries historically get bigger verdicts than others.  And motorcycle cases are no exception to this rule.

Again, I am referring to the pain and suffering part of the claim.

Thus, motorcycle accident settlements for certain injuries are higher.  At least most of the time.

Typically, the highest motorcycle accident settlements are for surgery on:

As you may imagine, death and moderate to major brain injury consistently get high verdicts.  So do amputations.  Thus, settlements are often high for those injuries as well.

When it comes to the major personal auto insurers in Florida, Progressive gets the worst ranking.  The other three major insurers, State Farm, Geico, Allstate, all pay better than Progressive.  Though, GEICO is currently better than State Farm and Allstate.

However, they all make lowball offers.

USAA is better than GEICO.  USAA has a reputation for paying more for uninsured motorist insurance settlements for motorcycle accidents.

Did someone’s carelessness cause your injury while you were on a motorcycle?

If your answer is yes, then…

My Miami law firm represents people injured anywhere in Florida in motorcycle accidents and many other types of accidents.